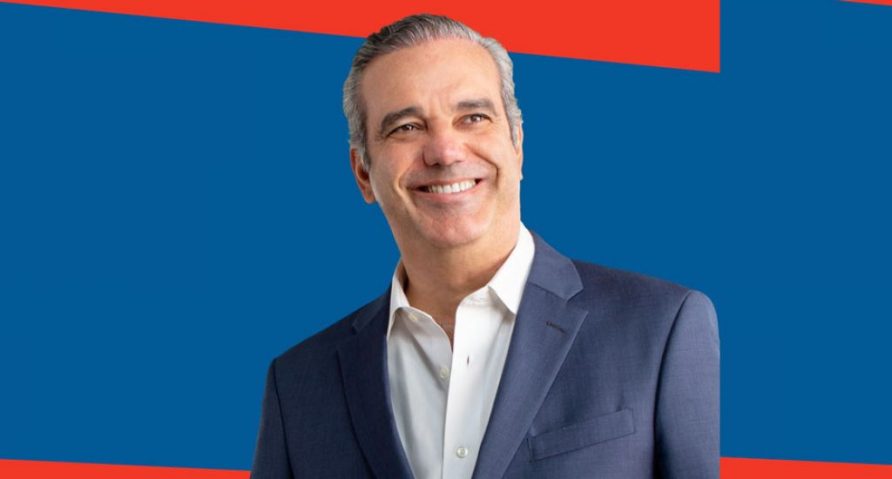 The 52-year-old businessman has uninterrupted the ruling party accused of corruption.

His victory is final, a country accustomed to controversial electoral results. Luis Abinader, the opposition candidate won the presidential elections in the Dominican Republic, without a doubt, on Sunday, July 5, ending sixteen years of uninterrupted reign of the Dominican Liberation Party (PLD, center)) The candidate of the PLD, Gonzalo Castillo, recognized the “irreversible triumph” of Mr. Abinader as early as Sunday night.

According to the near-final results, released Monday afternoon by the central electoral commission, which relate to 94% of the ballots, Abinader, 52, of the Modern Revolutionary Party (PRM, Social Democrat), won with 52.3% voices.

Gonzalo Castillo, 59, obtained 37.6% of the votes. Finally, Leonel Fernández, 66, former president of the country and defector of the PLD, won only 8.8% of the votes. It was the first election in Latin America since the start of the pandemic, which on Monday, July 6, affected more than 38,000 people and killed 804 in the Dominican Republic.

On Saturday, the country even posted its biggest increase in 24 hours, with 1,036 new cases. The general elections, originally scheduled for May 17, two months after the municipal elections of March 15, already won by the opposition, were postponed until July 5 due to the epidemic.

An epidemic that marked an unprecedented campaign, without meetings and without the noisy caravans that generally accompany the candidates, in a state of emergency decreed very early – on March 19. Luis Abinader himself announced that he had Covid-19 on June 11. This 52-year-old economist and businessman, born on July 12, 1967 in Santo Domingo, is the first Dominican president to be born after the dictatorship of Rafael Leonidas Trujillo (1930-1961).

At the head of a family business, Abicor, owner of several hotels, a university and one of the main cement factories in the country, had never held an elected position, although he was not a novice in politics: the son of José Rafael Abinader Wassaf, son of Lebanese immigrants who was vice president of the Dominican Revolutionary Party (PRD), Luis Abinader presented himself as the PRD candidate for the country’s vice presidency, in 2012, along with Hipólito Mejía.

He managed to interpret the desire for clarity of a part of the middle class and youth. After this first defeat against the PLD candidate, Danilo Medina, MM Abinader and Mejía created their own political party, the Modern Revolutionary Party. In 2016, Abinader ran for the first time in a presidential election against Medina, who was seeking a second term.

And he suffered his second defeat, with 35% of the votes. Odebrecht scandals Candidate for “change”, his campaign slogan, managed to interpret the desire of a part of the middle class and youth, after the four consecutive terms of the PLD, contaminated by corruption accusations, especially after the related scandals with the Odebrecht affair.

The Brazilian construction company admitted to having paid bribes to many political leaders in Latin America, including $ 92 million (82 million euros) in the Dominican Republic. The scandal drew crowds to the streets in January 2017, during unprecedented “green marches” in this small Caribbean state of 11 million people.

Article reserved for our subscribers. Also read In the Dominican Republic, four weeks of demonstrations to defend democracy Abinader, who said he was in favor of decriminalizing abortion in case of rape, danger to the life of the pregnant woman and malformation of the fetus, in a country that prohibits abortion in all circumstances. He also promised to create 600,000 jobs, improve education and strengthen security.

Throughout its terms, the PLD has been responsible for unprecedented economic stability and the highest growth in Latin America and the Caribbean (an average of 6% per year between 2014 and 2019).

It also managed to reduce the poverty rate from 34% to 20% between 2008 and 2016. However, the most disadvantaged classes did not really benefit from growth, which mainly benefited circles linked to power. For the new president, who will take office on August 16, the challenge is twofold: overcoming persistent social inequalities and, at the same time, managing a health crisis that will last, while forecasts already anticipate a 5% recession in 2020. Also read Dominican Republic elects its president in the midst of a pandemic Angeline Montoya